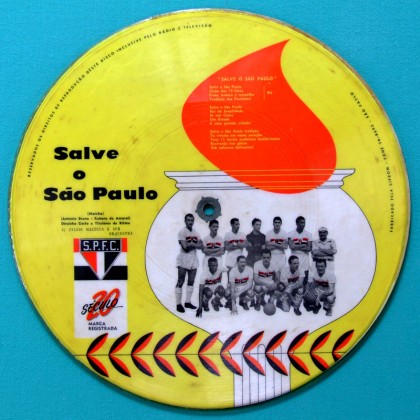 You are looking to the actual photo of this copy
841.30 1 In stock
Sylvio Mazzuca 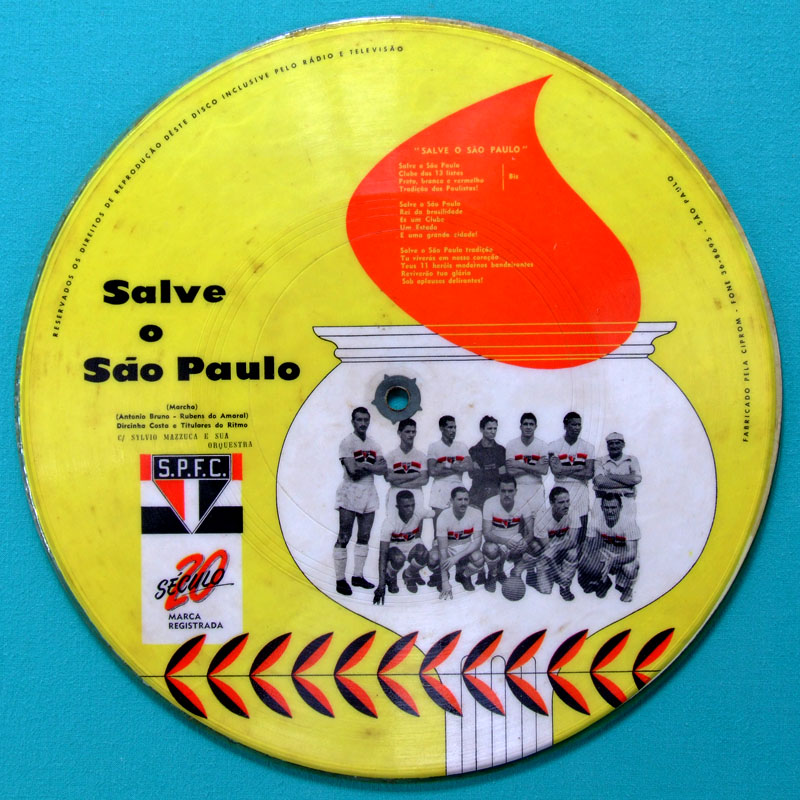 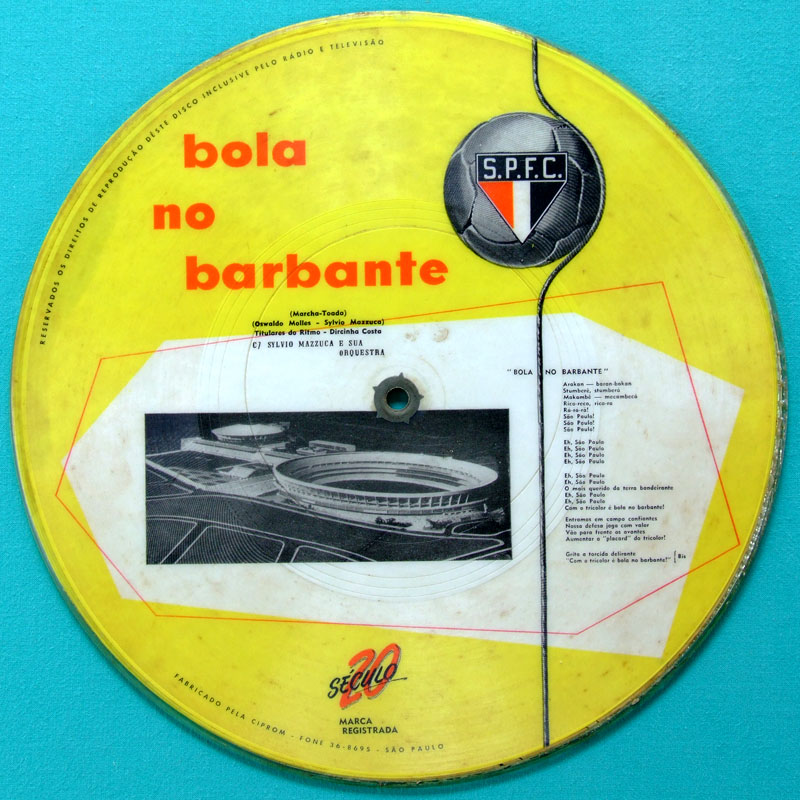 These 2 songs, a homage to São Paulo Futebol Clube, were recorded in a picture record, 78 rpm, a song per side.